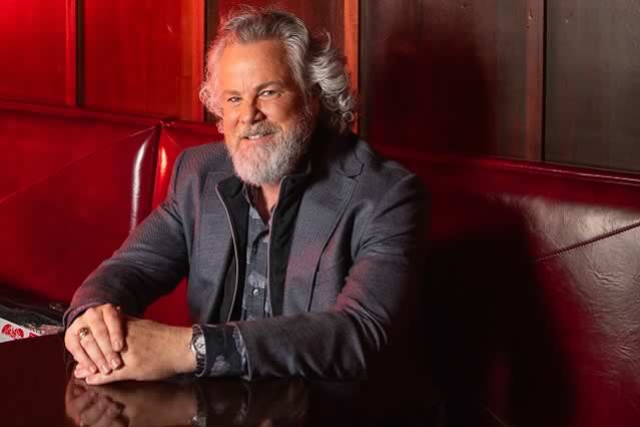 Show Dates are Subject to Change
$35.00
Buy Tickets
“The road goes on forever..."
It's not always easy to sum up a career -- let alone a life's ambition -- so succinctly, but those five words from Robert Earl Keen's calling-card anthem just about do it.
You can complete the lyric with the next five words -- the ones routinely shouted back at Keen by thousands of fans a night ("and the party never ends!") -- just to punctuate the point with a flourish, but it's the part about the journey that gets right to the heart of what makes Keen tick. Some people take up a life of playing music with the goal of someday reaching a destination of fame and fortune; but from the get-go, Keen just wanted to write and sing his own songs, and to keep writing and singing them for as long as possible.
"I always thought that I wanted to play music, and I always knew that you had to get some recognition in order to continue to play music," Keen says. "But I never thought of it in terms of getting to be a big star. I thought of it in terms of having a really, really good career and writing some good songs, and getting onstage and having a really good time."
Now three-decades on from the release of his debut album -- with nineteen records to his name, thousands of shows under his belt and still no end in sight to the road ahead -- Keen remains as committed to and inspired by his muse as ever. And as for accruing recognition, well, he's done alright on that front, too; from his humble beginnings on the Texas folk scene, he's blazed a peer, critic, and fan-lauded trail that's earned him living-legend (not to mention pioneer) status in the Americana music world. And though the Houston native has never worn his Texas heart on his sleeve, he's long been regarded as one of the Lone Star State's finest (not to mention top-drawing) true singer-songwriters. He was still a relative unknown in 1989 when his third studio album, West Textures, was released -- especially on the triple bill he shared at the time touring with legends Townes Van Zandt and Guy Clark -- but once fellow Texas icon Joe Ely recorded both "The Road Goes on Forever" and "Whenever Kindness Fails" on his 1993 album, Love and Danger, the secret was out on Keen's credentials as a songwriter's songwriter. By the end of the decade, Keen was a veritable household name in Texas, headlining a millennial New Year's Eve celebration in Austin that drew an estimated 200,000 people. A dozen years later, he was inducted into the Texas Heritage Songwriters Hall of Fame along with the late, great Van Zandt and his longtime friend from Texas A & M, Lyle Lovett. 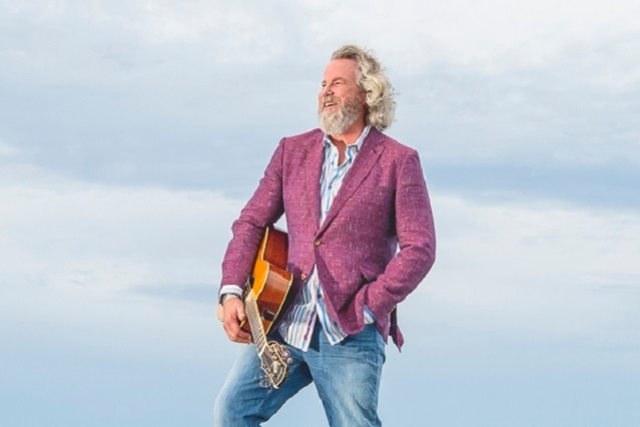 Drawing from a wellspring of country and back alley rock-and-roll, Feed The Kitty cultivates a bounty of neo-retro Southern California sounds; rich in singer-songwriter tradition, modest lament, and polished musicianship.  Girded by the ever-accumulating experience of thousands of live performances, the formidable trio of Jack Maher (vocals and guitar), Jed Mottley (bass), and Jon Shumway (drums) continues to extend their reputation for magnetic concert appearances, empowered with an encyclopedic knowledge of music and genuine self-effacing humor.  While these hallmarks still provide a foundational element for the band’s fourth studio set, Ain’t Dead Yet, more prevalent this time around, though, is a matured, reflective approach; introspective, and even, at times, haunting.

Backed by their countless appearances, the self-managed SoCal group boasts, with faux-confidence, a spot in the Top Ten of “Most Shows Ever Played by a Rock Band” (offset, naturally, with an immediate disclaimer: “You know, probably.”).  In fact, this isan ensemble that averages 300 shows a year ranging from local haunts in Hollywood to famed venues in the Big Apple, across the European continent, and anywhere in between.

Surviving the creative gauntlet of the Los Angeles/Orange County industry grind, Feed the Kitty has persevered, with their singles dotting playlists on 88.5 FM, K-EARTH 101, and the world-renowned 95.5 KLOS radio in Southern California (including an October 2018 “Stay or Go” segment of the Frosty, Heidi and Frank Show on KLOS, during which morning listeners voted to let our heroes ‘stay.’)

And, in the three minutes a week that they are not playing a gig or recording an album, this is a group that’s busy making mini documentaries (well, okay, just one; it’s called Feed The Kitty: The Movieand it’s a lot of fun) or placing songs in films and TV shows, including in the Oscar-nominated, Ryan Gossling vehicle Lars And The Real Girl, or National Lampoon’s Cattle Call, or a live appearance on Fox-11 TV’s Good Day LAmorning program, as well as on the police drama, Rogue; the latter utilizing three Feed The Kitty cuts for its soundtrack.

And, because sleep apparently isn’t necessary when you’re young, handsome, and in the self-described ‘hardest-working band ever,’ while ensuring that Feed The Kitty’s music is available on iTunes and everywhere music, and continuing to appear on stages anywhere and everywhere seemingly all the damn time, Jed and Jack also host the popular Feed The Kitty Power Hour podcast, always making certain to keep that kitty well-fed.