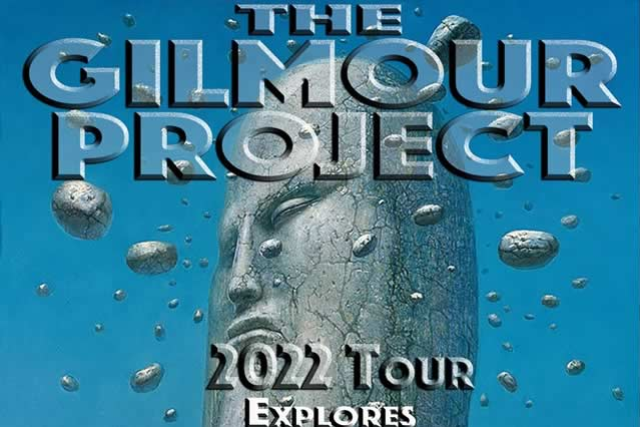 Show Dates are Subject to Change
$38.00
This show explores the 50th Anniversary Tour of David Gilmour and Pink Floyd’s Dark Side of the Moon.
The Gilmour Project will celebrate the exact & the actual 50th Anniversary of ‘Dark Side Of The Moon: A Piece For Assorted Lunatics,’ which Pink Floyd first performed in January, 1972 at The Brighton Dome, UK, a full 14 months before the release of the legendary album, with a coast-to-coast, US tour in January, 2022. They will perform and explore this masterwork in its entirety as ‘Dark Side Of The Moon, Pieces For Assorted Lunatics,’ honoring the legendary band. With their focus on David Gilmour’s Pink Floyd repertoire, The Gilmour Project will do a deep dive into the exploration & improvisation that only Gilmour could create. This rendition certainly does not dismiss the iconic contributions of all 5 historic musicians that comprise the Pink Floyd complement, only to bring light to philosophical lyrics, sonic experimentation, innovative art, and of course, elaborate live shows.

The Gilmour Project incorporates musicians whose background is both prog(ressive) improvisational; and, is the only band since Blue Floyd in 2000, endeavoring to take these songs ‘OUT,’ speaking in jazz protocol, without disregarding the cherished classic hooks, licks & musical phrases. Acclaimed musicians Jeff Pevar (lead guitar with CSN, David Crosby, Phil Lesh, Ray Charles), Kasim Sulton (bass & vocals with Todd Rundgren’s Utopia, Meatloaf, Blue Oyster Cult, Hall & Oates, Cheap Trick & Patti Smith), Prairie Prince (co-founder of The Tubes, & drums with Todd Rundgren, Jefferson Starship, Phil Lesh), Mark Karan (guitar & vocals with Bob Weir, RatDog, The Other Ones), and Scott Guberman (keyboard & vocals with Phil Lesh), will take the music of David Gilmour & Pink Floyd to places it has never gone before.
Blue Floyd was formed in January 2000, at the dawn of the 21st Century, taking full advantage of the then ‘new’ thing they called social media. A conglomeration of top-notch players from other bands came together to spread this music marked by the use of philosophical lyrics, sonic experimentation, and elaborate live shows. International tape collectors codifying the band’s utter brilliance, created an enduring mystique apart from & in contrast to the tribute band phenomenon.

The improvisational ‘jam gestalt’ of the legendary Blue Floyd, which both Pevar & Prince performed with, matched with Pink Floyd deep tracks, hits and fan favorites, including solo Gilmour gems, and accompanied by ‘Floydian’ audio FX from
Paul Simon producer ‘The Duke of New York’ (Graceland: The Remixes) gives you none other than The Gilmour Project. 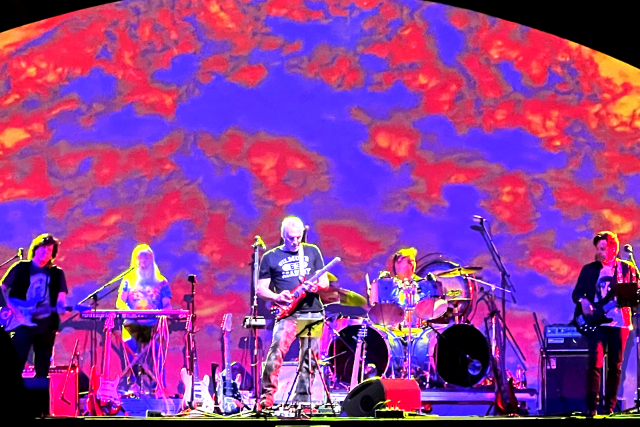 The Gilmour Project
Rock
THE GILMOUR PROJECT is an All-Star Band exploring the music of DAVID GILMOUR's Pink Floyd.

The songs that compel exploration & improvisation are DAVID’s compositions principally. This does not dismiss iconic contributions of all 5 historic musicians that comprise the Pink Floyd complement.

ALL so called ‘Pink Floyd tributes‘ endeavor to recreate the albums or concerts & there is nothing wrong with simulacra. Some of them are great at that.

THE GILMOUR PROJECT, because it’s comprised of musicians whose background is both prog(ressive) AND improvisational - is the only band since BLUE FLOYD in 2000, endeavoring to take these songs ‘OUT,’ speaking in jazz protocol, without disregarding the cherished classic hooks, licks & musical phrases. 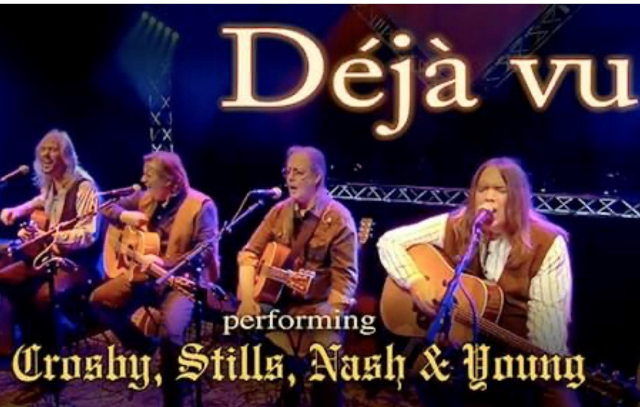 Deja Vu
Music
We realize that replicating the music of Crosby, Stills, Nash & Young is no easy task. The beautiful intricate harmonies, the alternate tunings and complex musical arrangements, having the guitar chops to re-create the guitar duels of Stills and Young. The skill set for each individual player has to match the person he seeks to emulate and we feel that we have the personnel to respectfully deliver a performance honoring what we feel is one of the most important musical collaborations in the history of rock music.

For more than 5 decades, the music of Crosby, Stills, Nash and Young has spoken to generations of listeners world wide. From the gentle love songs like "Our House" and "Guinnevere" to the politically charged anthems like "For What it's Worth", "Long Time Gone", and "Ohio", CSN&Y's powerful messages have never failed to excite and move audiences.

Deja vu is the most accurate and heartfelt re-creation of the CSN&Y experience. Brought to life by a group of highly dedicated and experienced L.A. area musicians Ray Koukal, Devitt Feeley, Jim Wootten and Gary Wahlenmaier not only perform the legendary music of CSNY - they take their audience on a magical, musical trip through classic rock history! You'll hear songs like Teach Your Children, Southern Cross, Deja Vu, Wooden Ships, Suite: Judy Blue Eyes, and many, many more that you've come to know and love over the years. Rest assured that Deja vu will please the most ardent of CSN&Y fans.