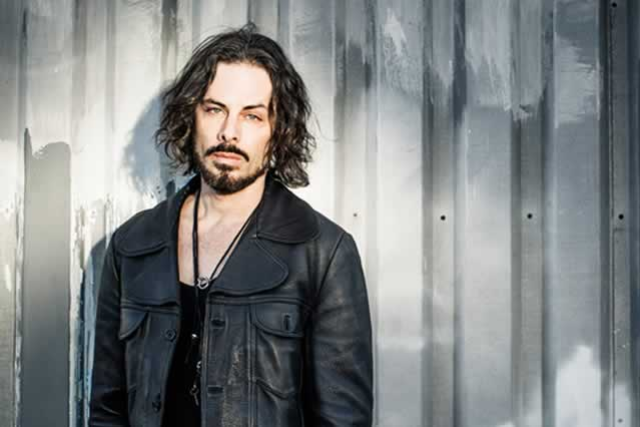 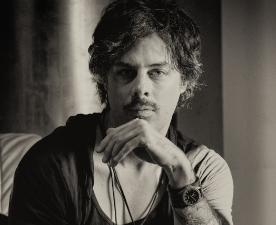 Richie Kotzen has never been an artist known for playing by the rules. And for this ever-adventurous triple-threat songwriter/guitarist/vocalist, that meant putting on the brakes after a nonstop flurry of band-related activity in order to refuel the creative process for the ten heartfelt and hard-hitting songs that comprise his vibrant new solo album, Salting Earth, out April 14 via his own custom label, Headroom-Inc. In other words, Kotzen tossed convention on its ear by actually taking one step back in order to move two steps forward. “It’s something I really needed to do in order to reset myself,” Kotzen explains.

Kotzen’s “charge to recharge” was officially put into play following the mega-success of the 2015–16 tour behind his band The Winery Dogs’ sophomore effort, the oh-so-appropriately named Hot Streak. And the man’s reset manifesto wound up hitting all the right buttons too. The proof is on display deep within the grooves of Salting Earth, which veers from the balls-out, heads-up declaration of the opening track “End of Earth” to the burning-sky harmonic thrust of “Thunder” to the Prince-like funk-jazz swing of “This Is Life” to the acoustified take-me-as-I-am self-reflection of the album’s final song, “Grammy.”

Once Kotzen caught his creative breath, the ideas for Salting Earth just kept on a-coming. “I have a theory about writer’s block,” he offers. “Basically, I don’t believe in it. In my experience, when I don’t feel inspired or I don’t have any ideas, it equates to not having any output. In order to have output, you need input. So it really comes down to the balance between your artistic side and your life side. You need balance between the two, and that’s why it’s so important for me to take long breaks from music.”

Kotzen’s reaffirming commitment to that life/work balance soon begat vibrant, new music. “It’s in that time when I’m away from it where ideas begin to take shape,” he continues. “Then, when I find myself coming back to music, I end up in a situation with a wealth of ideas and creative energy. When I’m in that zone, the music literally writes itself. Lyrics, music, production, performance — it all happens simultaneously on its own.”

The majority of Salting Earth is the result of Kotzen’s one-man production machine, with the exception of Julia Lage adding background vocals to “Make It Easy,” a tasty, sing-along groove stew. “It’s really not deliberate when the record is finished and suddenly I’m the only performer on it,” Kotzen admits. “It actually comes out of my process of writing and documenting my ideas. It started back in the late-’80s when I had a makeshift studio in my parents’ barn. I grew up fairly isolated, and I soon realized in order to get this music out of my head and onto a format where I could listen to it, I’d have to figure out how to do it alone.”

Part of Kotzen’s Salting Earth reset process also meant having a commitment to challenge himself. “I’m not sure I can totally define how or why my creative process works the way it does, but I will say once again that I believe long breaks help me stay inspired musically,” he reiterates. “I do know that on this record, I wrote a lot more on the piano. The song ‘My Rock,’ for example, has absolutely no guitar in the recording — it’s just piano, bass, drums, and vocals. Not that that is an odd choice, but being that for most of my career I’ve been highlighted as a guitarist, I suppose for people who never bought one of my CDs in the past, this would be surprising. But it’s not so surprising to me.”

For the artist within, the music mined for Salting Earth ultimately came down to being about the relationship between song and vocal. “That’s really it,” Kotzen agrees. “Every other choice is made based on what I feel suits the composition and what will support the lead vocal. That is the foundation on how my music is built. I suppose it’s just how I hear things. If you think about it, when your mind hums a tune, you are humming the melody. When you sing ‘Happy Birthday,’ you don’t sing the drumbeat, do you?”

Kotzen’s previous solo release, 2015’s diverse, far-reaching Cannibals, was a well-received hit among his core fan base, and Salting Earth cuts like the aforementioned “End of Earth,” “Thunder,” and “Divine Power” all showcase the scorching guitar solos and soaring vocals that one would expect from a Kotzen solo album. That said, there’s also quite a vulnerable side on display here that’s perhaps best demonstrated in the stripped-down approach to the album’s closing salvo, “Grammy.”

“That song came to me in the oddest way at the most inconvenient time,” Kotzen reveals of the track that can be filed in the “first thought, best thought” category. One night when he was home alone, “I basically woke myself up with the chorus melody in my head, and in my haze, I knew that if I didn’t at least record the idea, it would be forever lost,” Kotzen explains. “I ended up programming a simple drum beat, and then recorded the acoustic guitar. The lyrics pretty much wrote themselves. By 6 in the morning, the song was finished. I was going to do more overdubs, but I kept playing it over and over, and I just felt like there was something so personal coming out of the speakers. By messing with it, I’d likely destroy the magic — so I left it as it is.” (Good call on that one, Richie!)

Bringing Salting Earth live to the people is Kotzen’s next holy mission. “My real outlet is touring — playing live as much as I can, wherever I can, whenever I can,” he says enthusiastically. “It’s one of the few things you can’t copy, steal, or download. It’s an engaging human experience that’s a give-and-take between both the performer and the audience, and there is nothing else like it on this earth.”

To that end, Kotzen will launch his Salting Earth Tour on April 21 at The Canyon Club in Agoura Hills, California, and then the man and his band will tour extensively throughout the United States and continue their journey into Mexico, South America, and Europe. Further tour details will be posted on Kotzen’s official website, www.richiekotzen.com, and additional information regarding upcoming shows and releases can be followed on Twitter (@Richie_Kotzen) and Instagram (richie_kotzen).

Kotzen is clearly eager to hit the road. “I know this is going to be a long album cycle of touring, and already we are talking about going to places I’ve never been before — like Australia, for example,” Kotzen notes. “With the new record being done and knowing dates are being booked around the world, I can feel my creative energy surging once again.”

Said energy surge has been seeded quite liberally all throughout Salting Earth, an album that shows Kotzen as the pillar for how to harness newfound creativity in the best light imaginable. Come and dig his Earth. 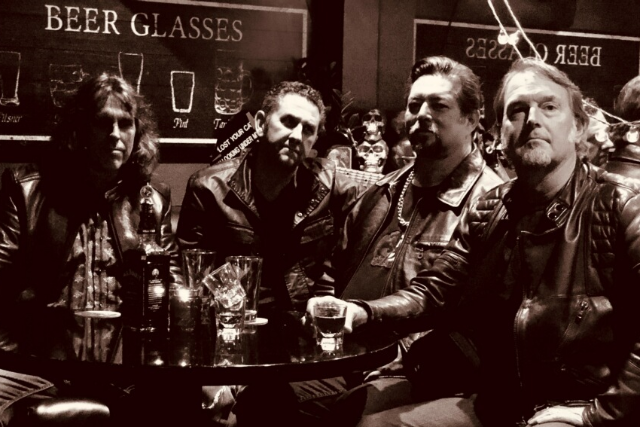 The Original Striker
Music
OUR MISSION :
The Original Striker provides a night of incredibly well crafted all original music influenced by the arena rock bands of the 1980's. We strive to keep you entertained from the first note to the bombastic end. A night of music you will never forget and want to see and hear again and again.
Band Members:
Ben Wiener - Vocals, Bill Crowder - Bass, Steve Greco - Drums, Tris Mahaffay - Guitar
History:
The Original Striker has been a performing band since the 1980's with all original members. The Original Striker has been a constant in the music industry, starting in a dark and cold (and wet) studio in Laguna Canyon, Ca. to playing just about every club in the Southern California area. They have been featured on local rock radio stations, KLOS, KMET, and cable TV shows. They released a self produced album in 1982 sold through Tower Records. Today Striker is a well oiled machine.!!