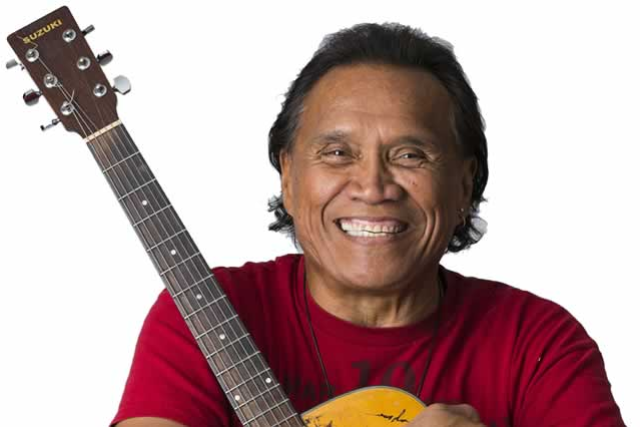 This VIP Package includes the following: 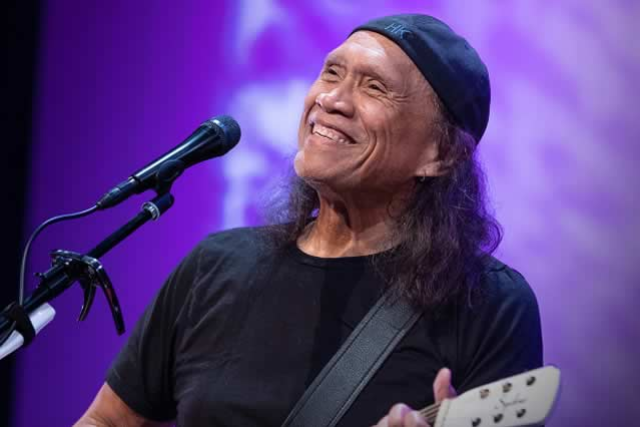 LISTEN to the classics, LEARN the behind the scene stories, HEAR a sneak preview of his next album and FEEL the Aloha in a special DON’T MISS solo acoustic performance by Henry up close and personal.

Henry's original songs with a rock vibe celebrate his love for his family, express his pride in his Hawaiian culture, and share his joy in his home in the Islands!

He has been at the creative forefront of contemporary Hawaiian music throughout his career – from the laid-back island rock of Cecilio & Kapono in the 1970s and 80s, to launching his solo career that produced 18 albums and fans around the world to his Henry Kapono & Friends collaborations celebrating the music that represents the sound track of Hawaii. Henry’s newest CD “Welcome 2 My Paradise!” celebrates the simple honesty of his lyrics and music that touch the soul and his wildly talented guitar-playing that shares his joy in being alive.

Known as "Kapono", the Hawaiian word for righteous, Henry is pure Hawaiian, born and raised in Kapahulu, a small town just outside Waikiki. He started singing in a children's church choir at age 5. His athletic abilities earned him a baseball scholarship to the renowned Punahou Academy (President Obama’s alma mater) and a football scholarship to the University of Hawai‘i. Injuries prevented a career as a professional football player, but, profoundly, moved him toward his passion for music and allowed him to fully realize his potential as an artist. Though he had no formal musical training, "My Dad taught me how to play the ‘ukulele.” says Henry. “I saw a friend of mine play a guitar one day and fell in love with the sound of it. He taught me a few chords and I've been hooked ever since.”

Touring with a local rock band in the late 60s, he ended up stranded by the promoter in Vietnam. He and the band spent 2 years performing for the troops in Vietnam and Thailand before returning to Hawai‘i. The experience left him with a lasting commitment to peace, a deep appreciation for life, and compassion and aloha (love) for all people—themes that continue to resonate in his music.
When he soared to the forefront of Hawaiian music in the 1970s with the duo Cecilio & Kapono, they became the first Hawai‘i group to achieve a national recording contract (Columbia Records). Together they recorded 13 albums, giving contemporary and folk rock—and Hawaiian music—a new perspective.
Always musically adventurous, Henry launched a solo career in 1981; he has released 20 albums to date. He continues to break new ground with his collaborations – The Wild Hawaiian in 2006, joining driving rock and slam poetry with Hawaiian chant, Henry Kapono & FRIENDS concert series in 2014 featuring Henry and many other top entertainers from Hawaii and beyond, The Rough Riders in 2015 celebrating the Hawaiian Cowboys (Paniolo) with haunting harmonies and a unique blending or guitars – that appeal to audiences around the world. In 2017, the legacy of Henry's music was featured in the Grammy museum in Los Angeles as well as the Hawaii Convention Center. In 2018, He launched the Henry Kapono Foundation supporting Hawaii's music and the Arts with a groundbreaking project producing 10 of Hawaii's most popular upcoming artists in a modern collaboration of "the Songs of C&K" in both Cd and Vinyl. He is also the author of the award winning children's book, A Beautiful Hawaiian Day, has appeared in films, and has made many television appearances.