1/2 Way to St. Patrick's Day Celebration
$25.00
ALL SHOW DATES ARE SUBJECT TO CHANGE 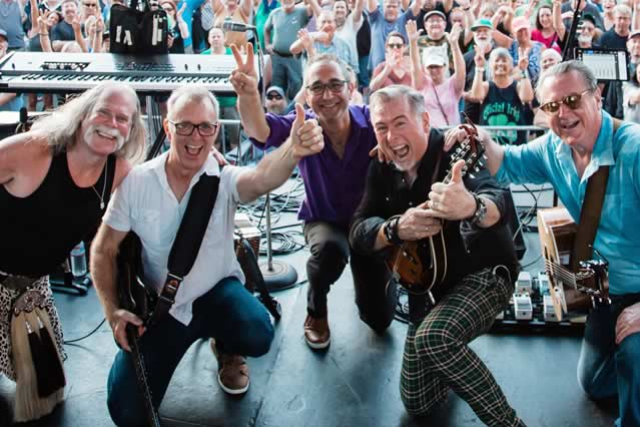 For over twenty five years, The Fenians have delivered their potent mix of traditional Irish folk and good old rock n roll all across the USA and Ireland. With an ever expanding set of original creations, as well as contemporary and traditional tunes plucked from the panoply of the genre, these five lads put on a live show that is second to none. Their foundation is decidedly Celtic, but there is no mistaking the complimentary influences of Rock, Folk, Bluegrass, Jazz, and World music.

Since 1990,The Fenians have garnered an impressive list of accomplishments and honors, headlining theaters and festivals across the U. S. and Ireland, including: The House of Blues, The Joint at the Hard Rock Hotel Las Vegas, The Milwaukee Irish Fest, Chicago Gaelic Park Irish Fest, the Dublin OH Irish Festival, Cleveland Irish Fest, as well as The Quays and Whelans, two of Ireland's premiere live music venues, to name but a few. They are two time winners of the "Best World Music" category at the Orange County Music Awards, and were listed as one of the top 50 bands of the decade by the OC Register. In 1999, The Fenians were inducted into the Guinness Wall of Fame.

The Fenians' catalogue of nine album includes the Universal Music Group-distributed "Best of The Fenians", 2013's Celtic Rock Radio album of the year "Take Me Home", and the "Live in Concert" DVD filmed in the band's home base of Orange County, California. 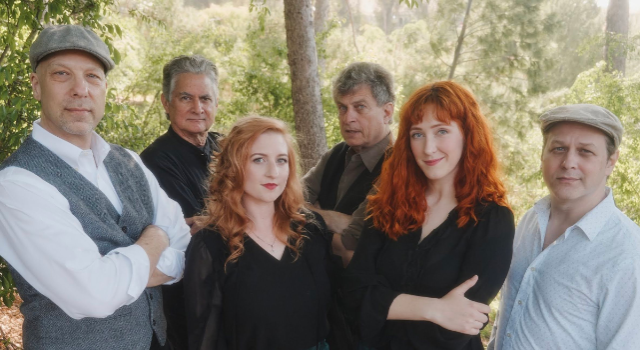 Craic in the Stone
Celtic Rock
Craic in the Stone has been a unique and shining light in the SoCal Irish folk/rock music scene since 2013. With four studio albums and headlining shows at venues like Segerstrom Center, Chance Theater, Tudor House, Don the Beachcomber, Aquarium of the Pacific, as well as opening for national acts like the Young Dubliners, Accidentals, and Eric Lindell at Coach House SJC, Canyon Club Santa Clarita, Rose Theater Pasadena, St Rocke Hermosa Beach, The Mint LA, and many Celtic festivals including the Big Irish Fair, Scotsfest, and California Irish Festival, the band is tight, and the show a feast for the eyes and ears. The band was formed in 2013 when a group of experienced musicians put together a set of traditional and modern Celtic songs for a one-night concert to benefit the Chance Theater in Anaheim, California. It was one of those very special moments, and Craic in the Stone was born.
Two fabulous female vocalists make Craic standout. Fiery lead vocalist Janelle Vione drives the melodies with her powerful voice and expressive performance alongside Chris Caputo’s ethereal harmonies creating a magical vocal blend. Interwoven with their charisma is the violin virtuosity of Matt Brislawn, a stellar rhythm section featuring the acoustic guitar mastery of Jay Rofsky, Scotty McKay driving the beat on bodhrán and percussion, and Bill Strongin laying down a rock-solid foundation on the electric bass. The impressive musicianship becomes even more compelling when your ear catches the unique tones of McKay’s melodica, or the floating notes of the quick-fingered Brislawn on mandolin, adding depth and variety to the band’s ever evolving sound. Craic released their first fully produced music video for the original song “It’s Guinness”, which is featured on PUB TUNES, their fourth CD, released in April of 2021. Besides playing Irish and Scottish favorites, their fresh covers of rockers from Led Zeppelin, U2, Cranberries and others surprise and delight. They always bring the Craic whenever they play.
Slainte!