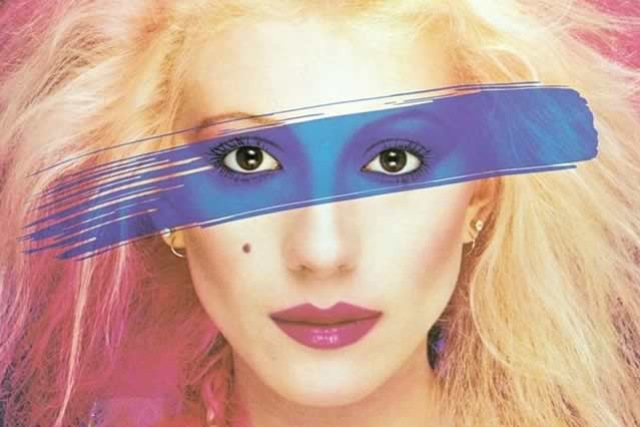 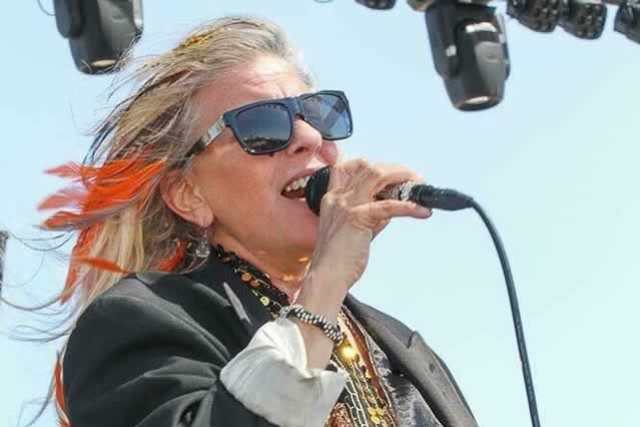 DALE BOZZIO IS A FOUNDING, ORIGINAL MEMBER OF MISSING PERSONS.

1980 the band made its first record, a 4-song EP entitled Missing Persons, in Zappa’s brand-new Utility Muffin Research Kitchen studios; . The band toured, promoted the EP, appeared in the movie Lunch Wagon, and became a must-see band among the Los Angeles live music crowd. “Mental Hopscotch” was a #1 record on local radio station KROQ-FM, and the self-promoted EP sold 7,000 copies.

Two years of hard work led up to a signing with Capitol Records in 1982. With label support, the re-released EP sold another 250,000 units, and the new full-length album Spring Session M (an anagram of “Missing Persons”) went gold.

The singles “Mental Hopscotch”, “Surrender Your Heart” (1984), “Destination Unknown,” “Words,” “Walking in L.A.,” and “Windows” met with varying success, especially in the local markets of Los Angeles, New York, and San Francisco. The visual effects used in the music video for “Words” were unusual for the time, making it popular on the fledgling cable TV channel MTV.[/tab]
Missing Persons appeared at a three-day Southern California concert known as the US Festival in May 1983.

Although the band gained new attention by heavy play on MTV and FM rock-radio with the striking music video for “Surrender Your Heart” that was designed by Peter Max, the experimental album Rhyme & Reason (1984) . The band followed up with the more conventional Color In Your Life in June 1986.

In June 2005, Missing Persons featuring Dale Bozzio appeared on week five of the NBC show Hit Me Baby One More Time. They performed “Words” and a cover of the Kylie Minogue dance track, “Can’t Get You Out of My Head”.

MISSING PERSONS’ DALE BOZZIO has toured throughout the United States. During the past few years, the band has made several appearances on the Regeneration Tour, played club dates on the west coast during the Summer of 2009, and played with the 1980s Club Tour at venues across the country in the Spring of 2010. THE BAND HAS ALSO PERFORMED AT THE 2010 AND 2012 JACK FM RADIO FESTIVAL SHOWS IN IRVINE, CA 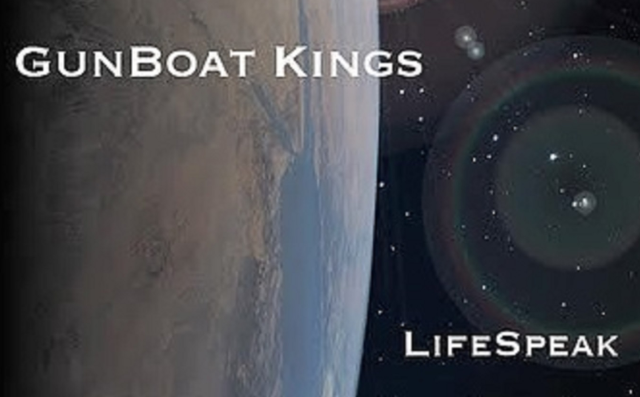 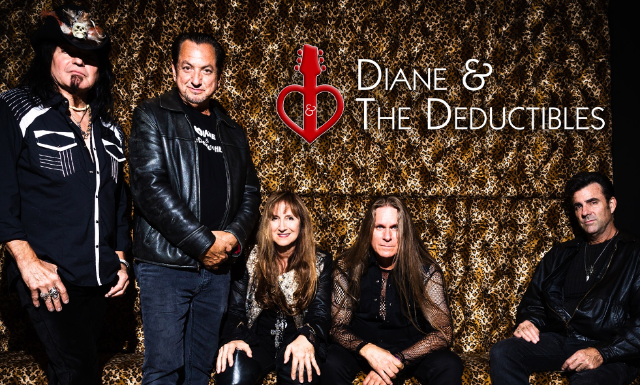 Diane & The Deductibles has just released their brand new studio recording of original music titled TWO. The follow-up to their 2013 debut album ONE, TWO finds Diane & The Deductibles writing the next glorious chapter in an already impressive career. Based out of the vast Southern California music scene, Diane & The Deductibles present their own brand of spirited rock and roll in the classic DIY tradition. Their compositions are passionate and profound, instantly memorable and dynamically captivating. Featuring ex-members of such varied collectives as Air Supply and Geoff Tate's Queensryche, Diane & The Deductibles strive for originality and perfection, and their songs contained within TWO demonstrate a band ready to take music fans on an intriguing sonic adventure.

Diane Adams is the driving force behind Diane & The Deductibles, displaying a stunning combination of wisdom and conviction. Diane reels the listener in with emotionally driven lyrics that crash right into the heart of the matter. Comparisons to the vocal greats such as Pat Benatar, Ann Wilson and even Joni Mitchell may abound, but Diane Adams brings her own personal touch to the proceedings, and the results are absolutely fascinating.

Robert Sarzo unleashes his legendary skill and verve to the band, bringing his years of experience and shred in outfits such as Geoff Tate's Queensryche and Hurricane to the highly original Diane & The Deductibles sound. Guitar co-conspirator Keith Lynch is best known for his work as Music Director for the solo work of Black Sabbath legend Bill Ward, and his contributions to the Diane sound are vibrantly inspiring.

Bassist Cliff Rehrig supplies a dynamic low end to the Diane & The Deductibles sound, his exhilarating tenure within the ranks of Air Supply gloriously shining through. And drummer Ronnie Ciago brings it all home with a skilled conviction and flair, whose own varied credits include participating in the likes of Brand X and Riverdogs. TWO is the result of seasoned musicians collaborating together to release something truly inspirational and profound.

As Diane Adams states in the liner notes on TWO: Finally it's done...our album "TWO" -If you are reading this introduction you have our original album of songs in your hands. Thank you for taking your time to check out our band. I truly hope you enjoy our recorded music, it is a labor of thought and pure enjoyment for us.