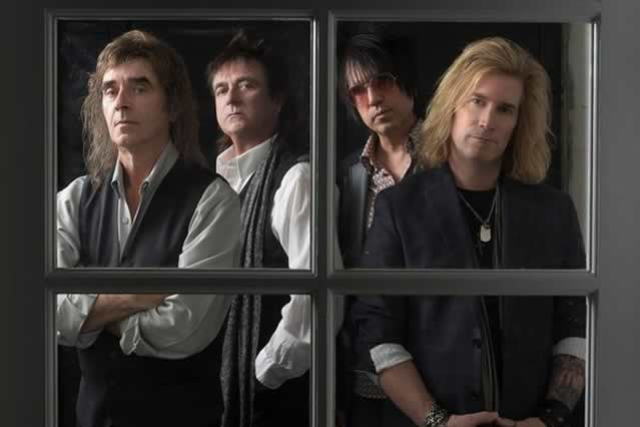 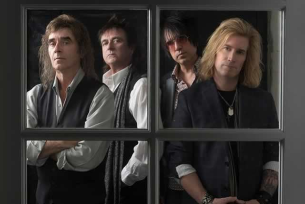 One of the world’s most beloved classic-rock bands, The Babys, are back together after a 30-something year layover!  With a string of ‘70s and '80s classic rock radio hits like “Isn’t It Time,” “Every Time I Think of You,” “Back on My Feet Again,” “Head First”, “Midnight Rendezvous”, and so many more, The Babys created some of the most memorable arena anthems of their era. The shows are jam packed with material that has entire audiences on their feet – singing and dancing to every tune.

Original drummer Tony Brock and original lead guitarist Wally Stocker have reformed the band with an incredible new singer, John Bisaha, whose vocals and bass playing fits The Babys to a tee, along with guitarist Joey Sykes, a renowned singer/songwriter. In concert, The Babys feature The Babettes – Holly Bisaha and Elisa Chadbourne, and keyboardist Brian Johnson.

This new incarnation of The Babys created an instant buzz with their first new song in 30 years, the aptly titled “Not Ready to Say Goodbye,” which was released in November 2013. It has all the classic Babys elements – amazing vocals, thoughtful lyrics and a chorus that lodges itself in your brain, refusing to leave for days. In June 2014, fans were blown away with the release of their brand new album. I’ll Have Some Of That, that boasted 12 dynamic, new songs that resonate with the classic Babys sound, including the single “I See You There.” That single was released at the end of 2014 and reached #5 on Billboard’s Hot Singles Sales Chart, and stayed in the top-10 (reaching #5 as well) on FMQB’s AC Top-40 for 10 weeks.

Previous band members John Waite, Jonathan Cain and Ricky Phillips have all given their blessings to The Babys 2014. Waite continues on as a solo artist, Cain joined Journey after leaving The Babys and penned a string of hit singles including “Don’t Stop Believing,” the most downloaded song in history, and Phillips is the longtime bass player for Styx.

Below is a capsule look at each member of The Babys:

Tony Brock, drummer – Strongly considered one of the best drummers in the world, Brock plays with a rare combination of feel and timing, combined with a preference to hit the drums just about as hard as possible. Post-Babys, Brock was a long-time member of Rod Stewart’s band in addition to playing with Jeff Beck, Bernie Taupin and others. Eventually, Brock founded Silver Dreams Studios (www.silverdreamsstudios.com) near Los Angeles, where he produced platinum records for Jimmy Barnes and a string of others.

Wally Stocker, lead guitarist – A key force throughout The Babys’ original rise to stardom, Stocker first left home in London at 15 with just a couple of pounds in his pocket and a guitar strapped to his back in pursuit of his rock and roll dreams, and he has never turned back. A favorite among Babys fans for his spellbinding guitar riffs that always played the spaces as well as the notes, Stocker went on to join Rod Stewart’s band, Air Supply, and Humble Pie.

John Bisaha, vocals/bass – Blessed with a terrific voice that sounds about as close to one-of-a-kind Waite as you can get, Bisaha proved an instant hit at The Babys’ first comeback performance in July 2013. The first song was “Looking For Love,” and it took about 30 seconds for Bisaha to have the capacity crowd in the palm of his hand. Through the years Bisaha has made his mark in several bands, theater and studio work.

Joey Sykes, guitars - Born and raised in New York, currently living in L.A. Sykes also spends time writing in Nashville. He got his first real taste of the industry with the band Boystown and Coward (Elektra Records) who shortly after signing their record deal signed a publishing deal with Warner-Chappell Music. In addition to The Babys, Sykes has been writing for other artists, television and motion pictures as well as producing other artists.

For more info on The Babys – visit their website at TheBabysOfficial.com.

The Babys Catalog of Hits

Every Time I Think of You

Back On My Feet Again

Turn and Walk Away

If You’ve Got the Time

I See You There 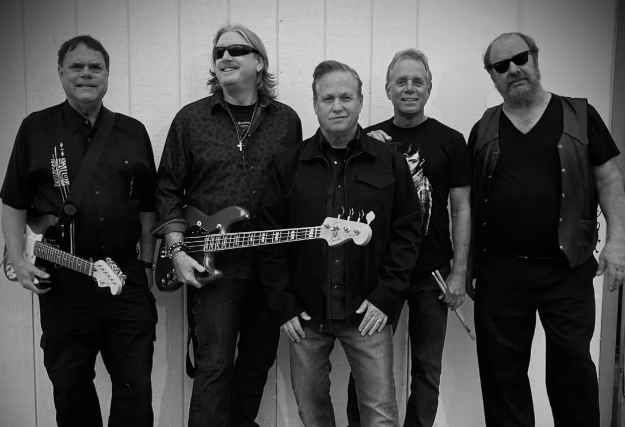 Bad Habit
Rock
The Bad Habit Band was formed from the collective consciousness of rock musicians spanning decades.  John Summers, guitar, Phil Harris, bass, Keith Wilson, vocals, Steve Garber, drums,  and Joe Fisher, keys, have performed individually all over the state of Cali, from the Coach House to the Dorothy Chandler Pavilion to the Hollywood Bowl. Our East Coast transplant, Joe, has jammed at the Rooftop Lounge in Boston, among every other watering hole west of the Mississippi. From roadie for the Plimsouls to front man, bar band to openers, Bad Habit plays rock hits from the 60's 70's and 80's, that will knock you out!