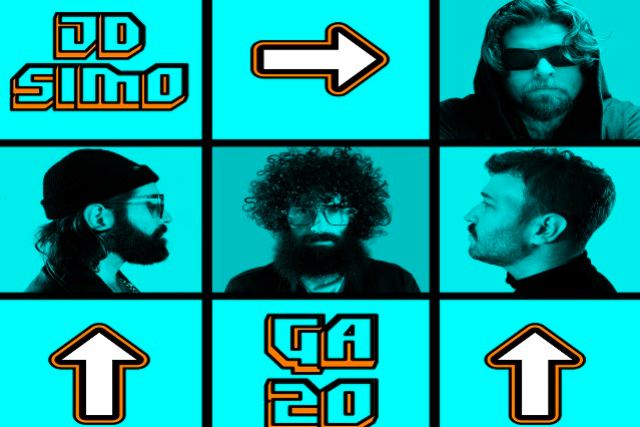 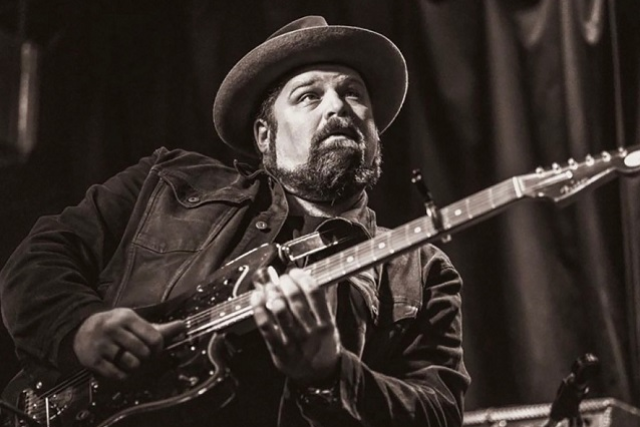 JD Simo
Blues-Rock
JD Simo's brand of blues is like the surge of sound from a classic car, say a Chevy V-8. It starts with a roar, then a rumble. Then a low, throaty hum. The explosion of the gas in the cylinders are like emotional triggers - liberating, visceral. Intense. JD Simo's style of blues reminds us of that Chevy V-8. He's a classic car, hard-charging, built for speed. But like a good mechanic, he knows what's under the hood. He's learned the intricacies, the subtleties, the nuance, of the car. The same way he's learned the blues. On Off At 11, you can almost touch the ghosts of the brilliant, wounded masters of the blues who have shaped and guided his art and craft. "The blues, it's grown folks music," Simo says from his home in Nashville. "The blues is not for kids. Blues to me, it’s an art form. It's not supposed to be flashy. And that fools a lot of people." Simo has channeled life experience into a conversation about life experience. "There isn't a single way to express the blues, thank God," he chuckles. "You can be joyful or plaintive, all in the same song. And there are always two sides of me when I play, because I'm eternally obsessed with both. There's my love for obscure black music from the Forties and Fifties, and how I choose to relate to them. There's also my trippy, psychedelic side, the possibilities that the Dead and the Allmans present. Or where John McLaughlin points me on Bitches Brew." Born and raised on Chicago's South Side, Simo grew up in the Lincoln Heights section over a bar that his father owned called The Store. "I started playing when I was 4 or 5. I was playing in bars like Blues on Halstead and Kingston Mines. I was making money by the time I was in the seventh and eighth grades." The family relocated to Phoenix, which was fortuitous, he says, because the liquor laws were more lenient "and I could start to make money in the clubs." He left home at age 15. "I was a terrible student," he relates, "but I'd done my musical homework, that's for sure." The masters inspire Simo every day. "Which one of the thousand do you want to discuss?" he asks. He is being both playful but also utterly serious. "T-Bone Walker and Pee Wee Crayton? Elmore James and Robert Nighthawk? Otis Rush and Earl Hooker? Buddy Guy and Jimmy Rogers?" The list goes on. "Gatemouth Brown and Johnny (Guitar) Watson. Eddie Taylor and Albert Collins? Then there are the rockers, too, like Scotty Moore, and Chuck Berry." Off At 11 is a whip-smart showcase for Simo's virtuosity and crafty, crafted and crowdpleasing songs. You can feel the energy of the dangerous dives that nurtured him. He cut it in two days at his home studio in Nashville. "Eight tracks, vintage mics and gear, no bells and whistles," he says. "Just everything I need." Simo shares a slice of his soul in "Sweet Little Angel," a tribute as much to B.B. King's Live at The Regal album as a debt of gratitude to Mike Bloomfield for his playing on The Live Adventures of Mike Bloomfield and Al Kooper. "Mike is one of my heroes," he says. New arrangements of Little Walter's "Boom, Boom, Out Go The Lights" and Slim Harpo's "Got Love If You Want It" also demonstrate how funk has shaped Simo's rhythmic sensibility almost as much as traditional blues. Simo is a fine singer, too, writing emotion from time-honored blues themes like good love and betrayal. He moves from pained to plush in songs like "Temptation" while the greasy "Mind Trouble" evokes the hoodoo of the masterful Lightnin' Hopkins. Other songs, such as the title track, are rooted in the flight of modern jazz. "Naturally, I love Duane Allman," he offers. "But I also live in that magical world when psychedelia transformed the blues, r&b, jazz and pop music in the late Sixties. When Yusef Lateef, Wayne Shorter, Coltrane and Ornette were pushing boundaries. The whole scene was like a lava lamp, totally open-minded. I'm always mindful of the paths and possibilities they explored." That feeling of freedom, Simo says, not only informs his playing but also fills him with a profound sense of gratitude and humility. "It's a very spiritual feeling," he relates. "The elders have taught me that it’s okay for me to be myself when I play. It's like the conversation I had with Phil Lesh. Phil knows that I love traditional blues, but that I also like to go to Mars! But when you’re true to yourself, he said, you don’t have to compartmentalize your imagination." Simo was born too late for the "blues revival" of the Sixties, when country-style bluesmen like Lightin' Hopkins were rediscovered by fans and folklorists. But his blues power is right on time for a new generation. "There's a time and a place for shredding. But what's happened to the blues in the last 25 years is a terrible thing. I dig Gary Clark and Derek Trucks. But there's also a purity in what Anson Funderburgh and Jimmie Vaughan do. Simplicity resonates with me. "I've worn a lot of other people's clothes," he concludes. "But I'm starting to feel more comfortable in my own skin. It's still so incredible to me that I've never had to pick up a shovel, or work construction. I'm very grateful and very blessed to say that I play guitar for a living. Even if it’s just for one more day." --Leo Sacks