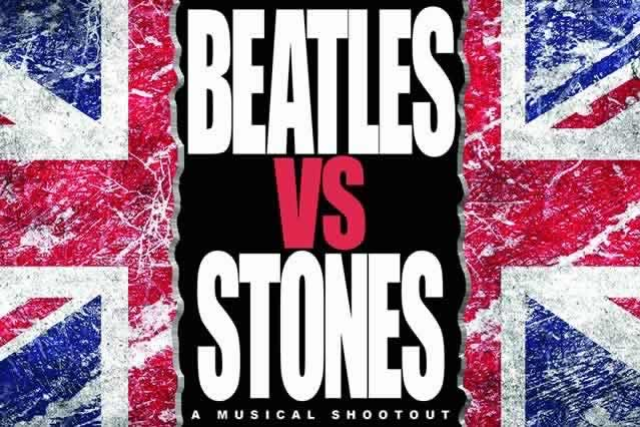 Beatles vs Stones - A Musical Showdown 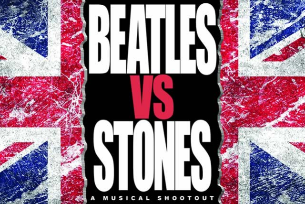 The question about which band is better – Beatles or Rolling Stones – has been a spirited debate for half of a century. These two legendary bands will engage in an on-stage, throw down - a musical 'shoot out" if you will - courtesy of tribute bands Abbey Road and ​Jumping Jack Flash.

Show producers Tom Maher and Andy Nagle auditioned over 200 Beatles hopefuls at a casting call in 2008, many of whom played in their own Beatles tribute bands. “Most of them came in Beatles gear, Beatles wigs – they were all in character,” Nagle said. “All the Pauls were running around trying to out-Paul each other, the Johns were brooding, the Ringos were off by themselves. It was a room full of guys that all loved Beatles music, it was surreal.”

For their part, the members of touring Beatles tribute band Abbey Road bring the mop top haircuts, harmonies, and boyish charm of everybody’s favorite Liverpudlians to the stage. They also play modern reissues of the exact same instruments and amps used by the Fab Four.

“Ringo's style and physical approach to the drumset were unique,” said Clarke. “He sat very high with his drums low, used big sweeping arm movements, punched at his cymbals more than striking them, bounced his torso in time and kicked his head to the side on big accents — and smiled like a goon at all times. That's Ringo 101 for you!”

Clarke and his bandmates also spend time mining the original Beatles recordings for specific nuances, and unintentional flubs that ended up on the final cut.

“There are subtle mistakes all over the Beatles’ recordings. In “All My Lovin,” Ringo forgets the form of the song and goes into the chorus beat by mistake. He plays that beat for one bar, realizes his error, and switches back to the verse beat. Most people might not notice things like that, but it adds a level of authenticity and would feel weird if it wasn’t there.”

Kicking off the show in signature A Hard Day’s Night-era black suits, the band runs through several costume changes, including mustaches and wigs (a la Sgt. Pepper’s) and full-on Abbey Road attire, before the night is up.

Onstage, the bands alternate mini sets and trade improvised barbs and banter between songs to act out the famous rivalry.

Since 2011, the "Beatles" and the "Rolling Stones" have traded improvised barbs and banter to sold out audiences all across the United States, including a four month residency at the Harrah's Reno Showroom.

Whether you’re a mod or a rocker, a John or a Paul supporter – Beatles vs. Stones is your ticket back in time to “Yesterday”!