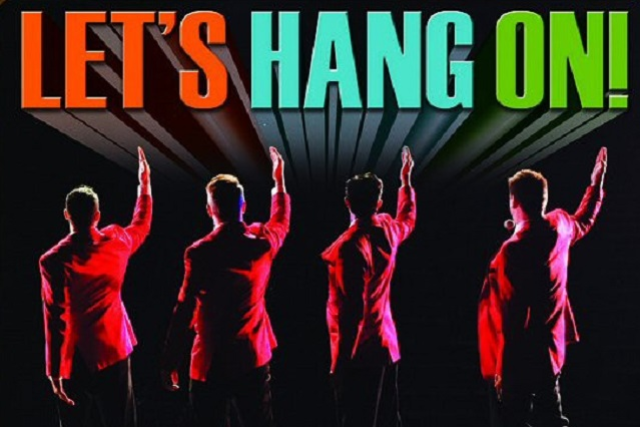 Let's Hang On! - Tribute to Frankie Valli & The Four Seasons

Let’s Hang On has established itself as America’s preeminent Frankie Valli and The Four Seasons tribute group by combining spot-on vocals and crisp choreography with a genuine ability to entertain an audience.  Its performers respectfully pay tribute to all these classic “Seasons” details while also saluting to the Broadway show, The Jersey Boys.  This powerhouse group will perform all of the Frankie Valli mega hits including: Sherry, Big Girls Don’t Cry, Walk Like A Man, Can’t Take My Eyes Off Of You, December of 1963 and Who Loves You!

Let’s Hang On combines 4 amazing performers with an energized 4 piece band and has been performing to sold-out venues from coast to coast for over a decade. They have done 1,000 plus shows from New York to Hawaii, and from  Florida to Canada. They continue to perform for groups as intimate as 150 to audiences as large as 5,000.  Many of these dates are return engagements and sell out again and again . . .  including 6 sold out appearance in Las Vegas!

Let’s Hang On consistently gets rave reviews from audiences and presenters, alike.  Audience members are saying: “This brought back so many great memories,” “We saw the show on Broadway and enjoyed you just as much,” and “When are you coming back and where else can we see you?”   Presenters’ comments are even better: "This is more than a tribute to Frankie Valli.  It's a brilliant piece of musical showmanship that will leave you breathless!”, “Let’s Hang On  had our audience singing along to all of their favorite songs, and they wanted an encore,” and “They are phenomenal. We have been inundated with email and phone calls on how much they loved them.  We were really blown away.”

Let’s Hang On continues to work passionately to live up to their well-deserved title:  America’s #1 Frankie Valli and The Four Seasons tribute show. 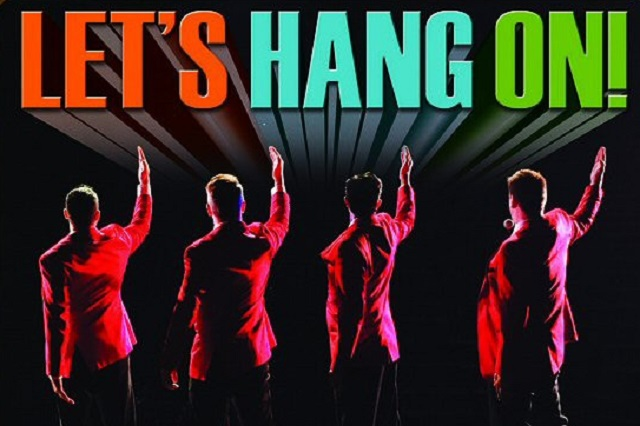