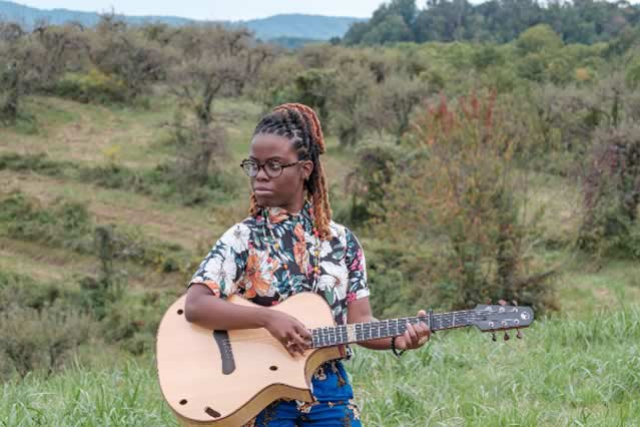 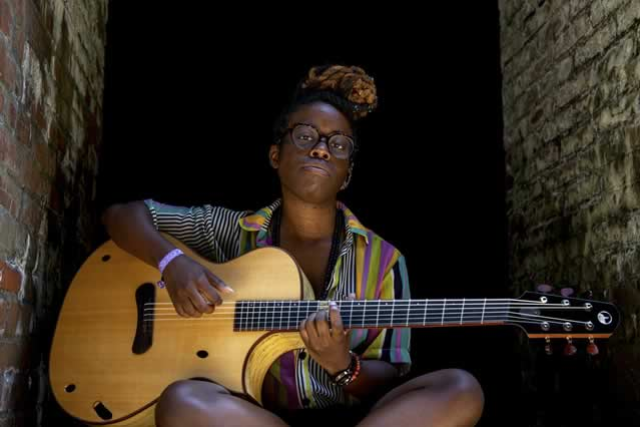 Yasmin Williams
New Acoustic
Yasmin Williams is an acoustic fingerstyle guitarist with an unorthodox, modern style of playing. Her music has been called some of the most imaginative guitar music out today. She utilizes various techniques including alternate tunings, percussive hits, and lap tapping in her music to great effect. She has won various local talent shows, was a finalist in the Rolling Stones Young Gun guitar competition, was the Grand prize winner of New York University's Ultra Violet Live talent show, and won the Gold Prize in the Instrumental category of the Mid-Atlantic Song Contest. She has been featured on several radio and television programs including New Sounds Soundcheck Podcast, NPR's Weekend Edition Saturday show, NPR Night Owl, NPR All Songs Considered, Woodsongs Old Time Radio Hour, and WUSA9, along with magazine features such as Acoustic Guitar Magazine and Vintage Guitar Magazine.
She graduated from New York University with a BM in Music Theory and Composition in December 2017. Her first album, Unwind, was released on May 4, 2018 and is available on all major streaming services and Bandcamp. The album has charted highly on several Amazon and iTunes charts including top paid albums, including charting at #7 on Amazon’s top paid albums and #1 on iTunes‘s Folk chart, and charted at #15 on Billboard's Heatseekers chart. Her recent album, Urban Driftwood, was released on January 29, 2021 and has received high praise from numerous major publications including The New York Times, Pitchfork, Rolling Stone, The Washington Post, NPR Music, No Depression, Bandcamp, Paste Magazine, and many other media outlets.