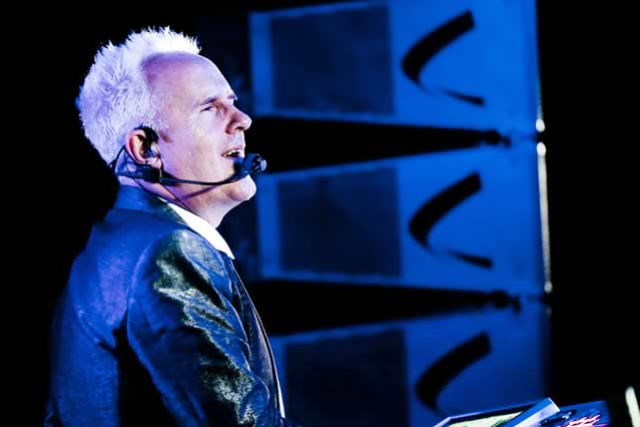 It was in 1983 that Howard Jones first burst upon the contemporary music scene with his very English songwriting, pioneering synthesizers and thought provoking lyrics. He set out his manifesto in his very first single ‘New Song’. The lyrics called on the listener to challenge their preconceived ideas, to see both sides and ‘throw off your mental chains’. New Song was recently used in a pivotal scene in ‘Breaking Bad’ where Aaron Paul’s character Jessie Pinkman questions if he wants to ‘play by the rules’. New Song peaked at number 3 in the UK singles charts.

Along with ‘New Song’, The first two albums, ‘Humans Lib’ and ‘Dream into Action’, brought Howard a host of hits including ‘Things Can Only Get Better’, ‘What is Love?’, ‘Pearl In The Shell’, ‘Like to Get To know You Well’, ‘Hide And Seek’ (performed at Live Aid), ‘Look Mama’ and ‘No One Is To Blame’, which reached No.1 in the US. Howard has sold over 8 million albums across the globe and is one of a select group of British artists who have comprehensively ‘broken America’.

Howard’s Synthesiser driven debut influenced a new generation of electronic and dance musicians. Widely regarded as a pioneer of synths such as the Roland Juno 60, Jupiter 8 and Moog Prodigy he has worked with contemporary electronic artists such as Ferry Corsten, Eric Prydz and most recently Cedric Gervais. Howard enjoyed 14 weeks in the billboard dance chart top 40 in 2013 with his collaboration with Cedric on a new version of ‘Things Can Only Get Better’. Howard continues to operate at the forefront of music technology in both his live shows and productions.

Howard Jones has earned a reputation within the music industry for pioneering the ‘independent artist DIY’ approach, developing the essential connection between artist and fans. Howard was the first artist to make a recording of that nights gig available on CD to purchase. The CD would even feature digital artwork of photos taken during the gig. His latest project ‘Engage’ is entirely music fan funded with money raised via studio visits, the creation of personalised ‘Piano Solo’s’ composed specifically for fans and a unique “arthouse” interactive book.

Howard Jones continues to tour across the world every year performing to many hundreds of thousands of music fans. His current high tech band features Jonathan Atkinson on electric drums and Robbie Bronnimann on sequencing and additional keyboards. Highlights of 2014 /15 include over 50 North American shows including a stand out show at The Greek in LA along with numerous festival appearances in the UK. 2015 has seen Howard perform his new multi media show ‘Engage’ at The indigo at the O2’ in London, The Saban Theatre in LA and at the Gramercy in New York City. The ground breaking multi media show incorporates specially commissioned visuals, projected both in front and behind the band and invites the audience to participate through smart phone apps, customised clothing, and fluorescent makeup.

In 2015 Howard has also been performing numerous intimate solo shows entitled ‘The Songs – The Piano – The Stories.’ The shows take the audience on a personal trip through Howard's 30 year music career. Many of his best known songs were composed on his favourite instrument; the piano. At these shows Howard shares behind the scenes stories and reveals the inspiration behind the songs. A UK solo tour is scheduled in 2016. 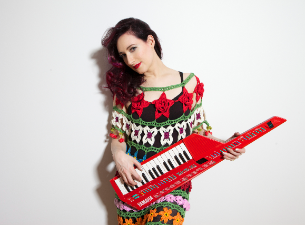 A soulful vocalist and innovative multi-instrumentalist, award-winning singer/songwriter and producer Rachael Sage is one of the busiest touring artists in independent music, performing 100+ dates a year with her band The Sequins throughout the US, UK, & Europe. She has earned a loyal following for her dynamic piano playing, delicate guitar work, soulful vocals. and improvisational audience interaction. Sage has shared stages with Beth Hart, Howard Jones, A Great Big World, Judy Collins, Shawn Colvin, Marc Cohn, Jamie Cullum, The Animals and Ani DiFranco. Her latest full-length album on MPress Records is "Choreographic"; she has also recently released an EP of songs inspired by the current sociopolitical landscape called "The Tide", proceeds from which benefit American Refugee Committee. A brand-new album "Myopia" is due in Spring 2018.