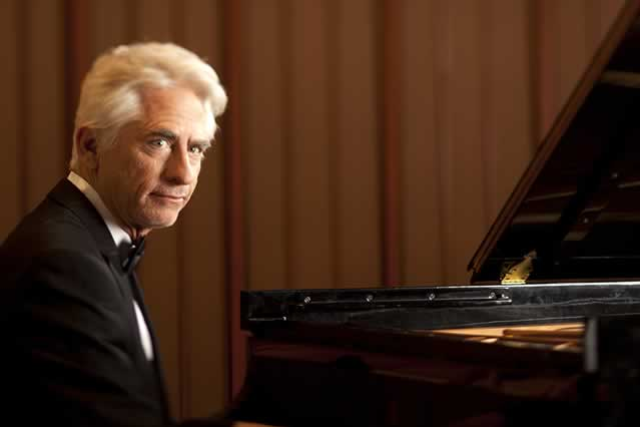 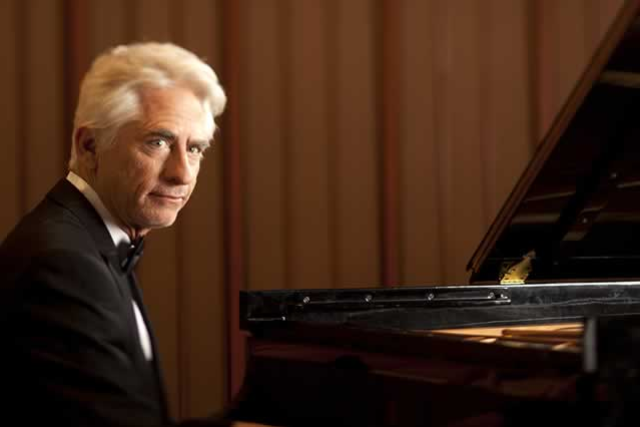 For three decades, the GRAMMY®-nominated pianist/composer/ arranger David Benoit has reigned supreme as one the founding fathers of contemporary jazz. Born in Bakersfield, California, he grew up in Los Angeles and was bitten by the jazz bug after watching a Charlie Brown special on television and listening to the music of Vince Guaraldi in 1965. “I was already a fan of the comic strip,” he says, “but when I heard that jazz piano trio, that was the defining moment when I decided that I wanted to play like Vince Guaraldi.” At the age of thirteen, Benoit studied privately with pianist Marya Cressy Wright and continued his training with Abraham Fraser, who was the pianist for famed conductor Arturo Toscanini. He also studied music theory and composition, and later studied orchestration with Donald Nelligan at El Camino Junior College and film scoring from Donald Ray at UCLA. He studied conducting from Heiichiro Ohyama, assistant conductor of the L.A. Philharmonic, and furthered his musical education with Jan Robertson, head of the conducting department at UCLA, and UC Santa Barbara symphony orchestra music director Jeffrey Schindler. After working with Lainie Kazan as her musical director/conductor in 1976, Benoit released albums on the AVI label from 1977 to 1984. He later released several chart-topping recordings for GRP, including Freedom at Midnight (1987), Waiting for Spring (1989) and Shadows (1991), which both topped Billboard’s Contemporary Jazz Charts at #5, #1, and #2, respectively. His other noteworthy recordings include Letter to Evan (1992), his tribute to another piano influence, Bill Evans, and Here’s to You, Charlie Brown: Fifty Great Years (2000). Benoit also recorded with Russ Freeman on their album The Benoit/Freeman Project (1994), and on their follow-up collaboration, 2 (2004), which was released on Peak Records. His other recordings for the label include American Landscape (1997) and Orchestral Stories (2005), which featured his first piano concerto, “The Centaur and the Sphinx,” and a symphonic work, “Kobe.”. In 2012, he released Conversation on Concord’s Heads Up International imprint. His latest and thirty-fifth recording as a leader and his first with a vocalist, 2 In Love, was released in 2015 featuring Jane Monheit, the GRAMMY®- nominated, cool-toned chanteuse from New York, who burst on the scene in 1998 as the first runner-up in the Thelonious Monk International Vocalist Competition. Benoit received three GRAMMY® nominations in the categories of Best Contemporary Jazz Performance for “Every Step of the Way” (1989), Best Large Ensemble Performance for GRP AllStar Big Band (1996), and Best Instrumental Composition for “Dad’s Room,” the latter from the album Professional Dreamer (2000). In 2010, Benoit received a Lifetime Achievement Award from the American Smooth Jazz Awards, and he’s worked with an impressive potpourri of musicians including the Rippingtons, Emily Remler, Alphonse Mouzon, Dave Koz, Faith Hill, David Sanborn, CeCe Winans and Brian McKnight. Benoit’s film scores include The Stars Fell on Henrietta (1995), produced by Clint Eastwood, and The Christmas Tree, produced by Sally Field, which was voted Best Score of 1996 by Film Score Monthly. He has served as conductor with a wide range of symphonies including the Los Angeles Philharmonic, Asia America Symphony Orchestra and the London Symphony Orchestra. A longtime guest educator with the Mr. Holland’s Opus Foundation, he received that organization’s Excellence in Music Award in 2001. His musical selections have been featured on The Weather Channel and his version of Vince Guaraldi’s “Cast Your Fate to the Wind” is included on compilation The Weather Channel Presents: Smooth Jazz 11 (2008). Benoit also currently hosts a morning radio show on KKJZ 88.1 FM in Long Beach, CA