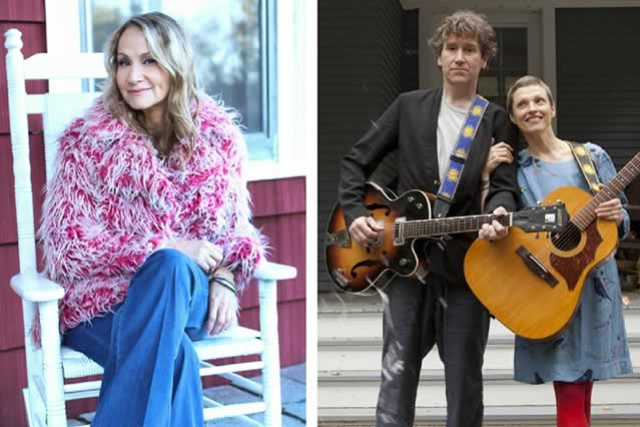 FACE MASKS ARE REQUIRED DURING PERFORMANCE

The Weepies - The Final Shows
$45.00
ALL SHOW DATES ARE SUBJECT TO CHANGE
FACE MASKS ARE REQUIRED DURING PERFORMANCE 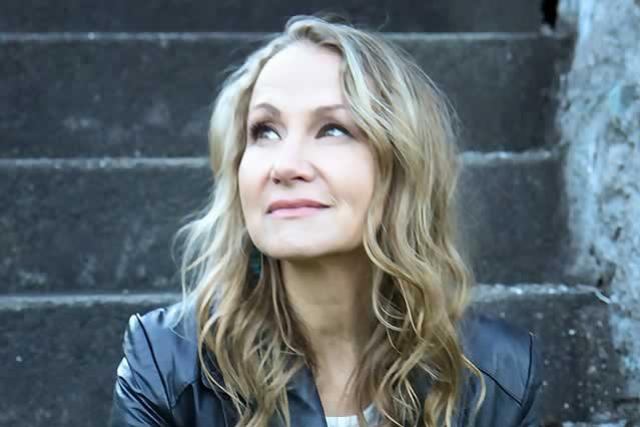 Joan Osborne
Pop
Joan Osborne has rightfully earned a reputation as one of the great voices of her generation -- both a commanding, passionate performer and a frank, emotionally evocative songwriter. A multi-platinum selling recording artist and seven-time Grammy nominee, the soulful vocalist is a highly sought-after collaborator and guest performer who has performed alongside many notable artists, including Stevie Wonder, Bob Dylan, Luciano Pavarotti, Emmylou Harris, Taj Mahal, and Mavis Staples, to name a few.

Counting such legendary artists as Etta James and Ray Charles as influences, Osborne has released several acclaimed albums and continues to tour extensively in various configurations -- with her own band, as Joan Osborne's Soul Revue, and as an acoustic duo and trio. In 2003, Osborne joined forces with the surviving members of The Grateful Dead when they regrouped to tour as The Dead. In addition to her own solo shows and frequent guest appearances, Osborne currently also tours as a member of the rock/soul supergroup Trigger Hippy, founded by Black Crowes drummer Steve Gorman and built from each musician's shared love of R&B and soul. The band's self-titled debut album arrived in 2014.

Osborne has showcased her far-ranging talent during three residencies in 2016 at the Cotton Club in Tokyo, Japan; the Blue Note in Honolulu, Hawaii; and Cafe Carlyle at The Carlyle Hotel in New York City. The latter, titled "Joan Osborne Sings The Songs of Bob Dylan," received critical acclaim from outlets such as The New York Times ("At every point in the evening, you had a sense of Ms. Osborne as an artist who knew exactly what she was doing") and the Huffington Post ("Her set was magic...the evening was a rediscovery of familiar Dylan, re-mined for new riches...hearing Osborne singing and dancing the Dylan greats was further testament to their versatility, beauty, and his genius"). Osborne felt this would be a great chance to work out an idea she had of doing a "Songbook Series" of albums -- the way Ella Fitzgerald did in recording the songs of Gershwin, Cole Porter, and others -- but with the songs of more recent writers. Dylan was an obvious choice. As a result of the successful Cafe Carlyle residency, the "Joan Osborne Sings The Songs of Bob Dylan" show is being taken on the road this fall and in 2017.

Osborne is widely known for her live performances in the GRAMMY Award-winning documentary "Standing in the Shadows of Motown." She has produced two albums for Americana stalwarts the Holmes Brothers, and co-produced her last two critically acclaimed solo records, 'Love And Hate' and 'Bring It On Home,' with talented producer/multi-instrumentalist Jack Petruzzelli. 'Bring It On Home,' which found Osborne tackling vintage songs by Muddy Waters, Ray Charles, Al Green, Ike and Tina Turner, and Sonny Boy Williamson, among others, and treating them with respect while giving them some interesting twists in tempo, key and feeling, garnered a Best Blues Album nomination at the 2013 GRAMMY Awards.

'Bring It On Home' reminded the singer of what music is all about. "There's a texture and richness to these songs that singers don't have right away, that I didn't have when I started out," Osborne says. "But the more I've done this, the more tone and depth I've developed. This was the time. These songs, they're a remedy -- they get me out of my head. These songs put the music back in my heart and my soul."

Osborne's latest solo recording, 'Love and Hate,' is one of the most personally-charged, creatively ambitious efforts of her two-decades-plus recording career. While she has long established herself as one of the world's most respected vocalists, her soulful songcraft reaches a new level of musical and lyrical resonance on 'Love and Hate.' Such insightful, emotionally complex new compositions as "Where We Start," "Work On Me," "Kitten's Got Claws," "Keep It Underground" and the pointed title track survey some of the more complicated terrain of romantic relationships, in a manner that's rarely been attempted in popular music, while the album's intimate, stripped-down sound marks a stylistic departure from the gritty blues-based rock for which Osborne is best known.

"I feel like each song on this album talks about a different aspect of love," she says. "Love isn't just one thing; it encompasses faith, passion, power struggles, humor, anguish, spirituality, lust, anger, everything on that spectrum...so I tried to come up with songs that were about different aspects of this continuum. This record is like the novel that sat in the author's drawer for 50 years...more than any record I've ever done, it felt like it needed the time to change and evolve and become what it was supposed to be."

Osborne continues to enjoy a long and storied career that was jumpstarted with the great success of her major-label debut album, 'Relish,' which wove together strands of American roots music, poetic lyrics and impassioned vocals, and produced the massive MTV and international radio smash, "One of Us." The song occupied the number one spot on the U.S. singles chart for two weeks, 'Relish' eventually racked up sales of over three million copies, and Osborne found a large and appreciative audience, particularly during touring as part of Sarah McLachlan's Lilith Fair tour.

Although the Kentucky native grew up with a passion for music, when she arrived in New York City in the late 1980s, it was to attend New York University's prestigious film school. But she couldn't resist the pull of the city's live music scene for long, and soon she was performing her own songs in downtown rock clubs and emerging as a popular presence in a vibrant scene of rootsy new acts that included such then-unknowns as Jeff Buckley, Chris Whitley, Blues Traveler and the Spin Doctors. In 1992, Osborne launched her own indie label, Womanly Hips, and released the live 'Soul Show: Live at Delta 88' and the studio EP 'Blue Million Miles.' Becoming a regional success led her to the signing of a major label deal and the success of 'Relish.' But Osborne quickly made it clear that she was more interested in musical integrity and creative longevity than transient pop success, and she made that point repeatedly with such subsequent albums as 2000's 'Righteous Love,' 2002's 'How Sweet It Is,' 2005's 'Christmas Means Love,' 2006's 'Pretty Little Stranger,' 2007's 'Breakfast in Bed,' and 2008's 'Little Wild One' up through her two latest releases, 2012's 'Bring It On Home' and 2014's 'Love And Hate.'

"I'm getting better at what I do," Osborne observes. "I can look at the songs on 'Love and Hate' and realize that it's better than I could have done 15 or 20 years ago. I have an audience that I've built up over time, and I feel like they're with me. And because of that, I don't feel any pressure to fit myself into anyone else's idea of what I should be doing. So I feel like I can write my own rules at this point. That can be scary, but it's also liberating, and it's an exciting place to be." 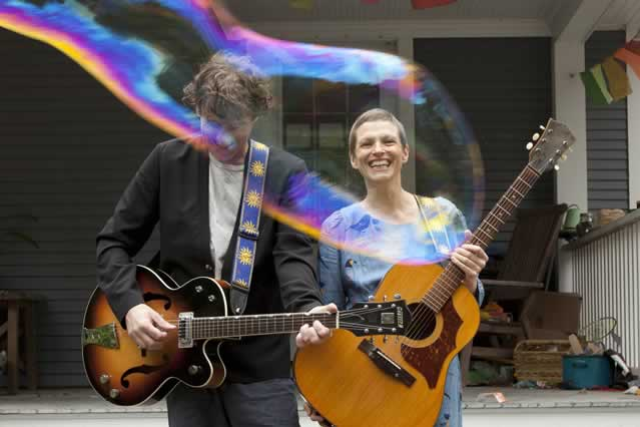 The Weepies
Singer-Songwriter
Singer-songwriters Deb Talan & Steve Tannen began writing together the night they met, and soon formed indie band The Weepies.  On the strength of their simple yet insightful songwriting and distinctive harmonies, they quietly sold more than 1.5 million records with over 54 million streams on Spotify, 25+ million views on YouTube, and over 110k social media followers. They married and had three children, rarely touring but continuing to release their music; five records over seven years.

Just before Christmas 2013, when their youngest son was 17 months old, Deb Talan was diagnosed with Stage 3 breast cancer.  She was in chemo by New Year’s Eve.

In 2014, Deb beat cancer, and The Weepies recorded the best album of their career. Coming back from the edge sharpened their skills and focus. At 16 songs and almost an hour long, SIRENS shows a band at the height of its powers.

The couple was unable to travel while Deb was in treatment, so they worked at home, inviting guest musicians to record remotely wherever each musician happened to be, resulting in an unlikely superstar backing band. Players from across the spectrum jumped in, including: Pete Thomas and Steve Nieve (Elvis Costello), Gerry Leonard (David Bowie), Rami Jaffee (Foo Fighters), Tony Levin (Peter Gabriel), Oliver Kraus (Sia) and Matt Chamberlain (Pearl Jam), as well as veteran Weepies compatriots Frank Lenz, Eli Thomson, Jon Flaugher, Meg Toohey, and Whynot Jansveld, plus a horn section from New Orleans.

The prophetic “No Trouble” was written prior to learning Deb’s diagnosis. “I don’t need no trouble, but sometimes trouble needs me,” sings Steve; Deb’s vocals were recorded during her first weeks of chemo. The couple continued to write and record throughout treatment, with Deb providing several key vocals far into the year, including title track “Sirens,” captured in one take on a day where Deb really only had one take in her; her vulnerability is tangible.  “We just kept going,” says Deb.  “We also have 3 small children, and were homeschooling, and the effects of chemo blew whole days out of the water.”

The band was able to use their limited studio time as an escape, leading to some of their most joyful tracks ever, including the genre-bending “Fancy Things” and the upbeat “Early Morning Riser,” aided mightily by a fantastic rhythm section and horns.  There’s plenty of heart and comfort for long time Weepies fans too – the deceptively simple “My Little Love,” the gorgeous “Brand New Pair of Wings” and the straight ahead poetry of “River From the Sky.”

After The Weepies had officially finished the album, and Deb was in recovery, they continued to record remotely with their phenomenal backing musicians for fun, eventually adding a cover of Tom Petty’s “Learning to Fly” and a version of Irish balladeer Mark Geary’s “Volunteer” to the final album.

“No one song could capture that year,” says Steve. “16 seems like a lot to release at once, but each song reflects a different angle of that long, suspended moment.  They hang together like a bunch of photographs from a certain time.  It was intense, but there was beauty and inspiration, too.  Deb made it back.  And we’re still here.”