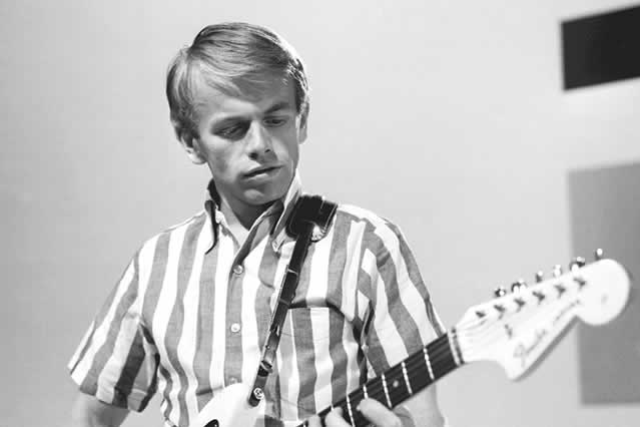 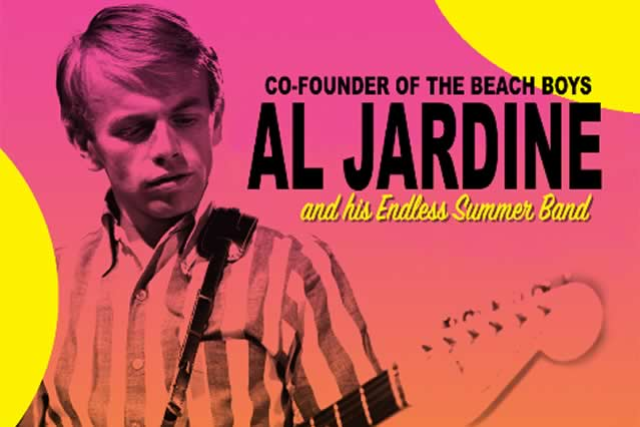 Alan (aka “Al”) Jardine, guitarist, vocalist and songwriter, is best known for being one of the founding members of the California-based group The Beach Boys. Al was born in Lima, Ohio, on September 3, 1942 and met Brian, Carl and Dennis Wilson, Mike Love and David Marks after his family moved to Hawthorne, California. They formed The Beach Boys and with their perfect harmonies and original tunes about surfing, beaches, hot rods and California girls, became the rock 'n' roll voice of the West Coast.
Al, an accomplished musician on a variety of stringed instruments, played mainly rhythm guitar and sang harmony vocals with The Beach Boys. He sang lead on their No. 1 hit "Help Me, Rhonda" and also wrote or co-wrote a good number of songs, most notably on the albums Holland, Carl and the Passions--So Tough, Surf’s Up, and Sunflower. Al continued to tour with The Beach Boys throughout the 70’s, 80’s and 90’s and left the band after Carl Wilson’s passing in 1998.
In 2001, Al released his first album, Live in Las Vegas, featuring sons Matt and Adam Jardine, along with Carnie and Wendy Wilson (Brian Wilson’s daughters, also in Wilson Phillips) and then his own solo album in 2010, A Postcard From California, which featured guest appearances from Neil Young, Stephen Stills, David Crosby, Steve Miller, Glen Campbell, Gerry Beckley & Dewey Bunnell (America), Flea (Red Hot Chili Peppers) and Alec Baldwin, plus all the remaining Beach Boys, including the late Carl Wilson. The album featured new versions of classic Beach Boys songs “Help Me, Rhonda” and “California Saga” in addition to environmentally-themed tracks like “Don’t Fight The Sea” and “Looking Down The Coast.” In 2001, Al was also awarded a Lifetime Achievement Award Grammy as a member of The Beach Boys.
In 2012, Al joined Brian Wilson, Mike Love, Bruce Johnston and David Marks for a new Beach Boys album, That's Why God Made the Radio and The Beach Boys went on a 50th anniversary reunion tour. In 2016 and continuing through 2018, Al joined Brian Wilson for a 50th anniversary world tour of The Beach Boys’ timeless masterpiece Pet Sounds. The album features such classics as “Wouldn’t It Be Nice,” “God Only Knows” and “Sloop John B,” a song Al learned from The Kingston Trio and then introduced to Brian with a new chord arrangement to fit The Beach Boys vocal style. It became a huge international hit and helped propel Pet Sounds into the top of the charts.
In 2018, Al began playing solo shows on a tour featuring songs and stories from his early days to his most recent solo album A Postcard from California. Al, along with his son Matt Jardine and vocalist/musician Jeff Alan Ross, deliver an intimate show full of hits and rarities combined with neverbefore- heard stories (and rare pictures and videos) from Al’s amazing career. With rave reviews from fans and critics, it’s truly a show not to be missed.