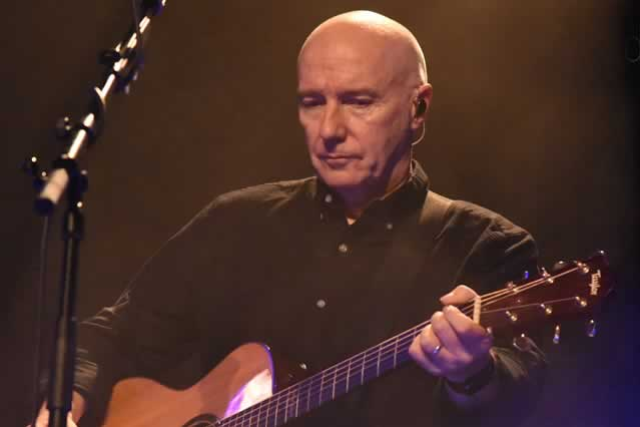 Direct from the hugely successful UK leg of the tour Midge will be playing alongside multi instrumental musician Tony Solis, performing acoustic versions of his catalogue and taking questions, and maybe the odd song request, from the audience.

There is plenty to talk about too while covering a 40 year professional career, Ultravox, Solo work, Band Aid, Live Aid, his Orchestrated album from 2017... and anything YOU the audience can think of to ask him!

This is as close as you can possibly get to the man, his life and his music. An event as real, honest, uplifting and poignant as his songs. 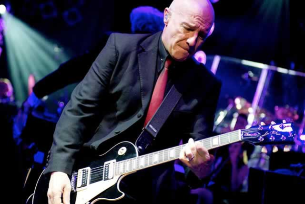 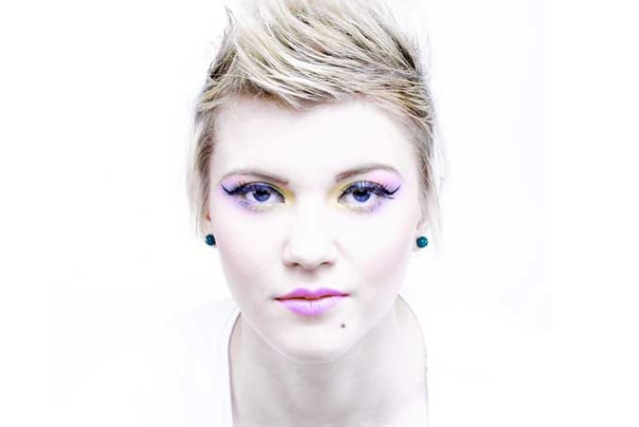 Katja Koren
Music
Katja has been imbued in music since the young age of 5 and has since grown  into a musician that feels at home in many styles. From jazz to metal, Katja has enjoyed a fruitful career going hand in hand even with world music, that being especially of Indian heritage. After more than a decade of success in Europe she has now moved to Los Angeles to get a feel for different artistic scenery. Since her recording studio debut at the age of 7, still a child, Katja, a native of Slovenia, has gone to perform at international vocal festivals in Bulgaria, Russia, Macedonia, Croatia, Poland, Morocco and many more. Very early on, just after stepping over the threshold of becoming a teenager, she had also cultivated a sense of musical collaboration, when she became a member of a renowned choir Carmina Slovenia, being accompanied by regular piano and saxophone lessons for several years. Singing, though, was always her primary passion. Her earlier vocal lessons with a vocal coach Nace Junkar were of classical nature, but after studying with Dragica Kladenik - Dada she quickly got pulled into jazz and rock.

Following her rock inspired rebellion-like teenage years she formed a rock band called G-spot, with which she created original music and put together three music videos, some of those still garnering desire by the Slovenian public. In 2006 she won first place with Yuhubanda at the national Slovenian popular song festival called Slovenska popevka in a battle of national popularity. The attention that Katja gathered in her home country as one of the most versatile female
vocals, grew vastly during her later teenage years, when she was invited to represent the country as the youngest Slovenian back vocalist so far at the Eurovision Song Contest in Athens with Anžej Dežan and the song "Mr Nobody". This didn’t stop here: a couple of years later she returned to the Eurovision podium, the largest musical event in Europe, being viewed by more than a billion Europeans in venues filled with audiences of more than 30 thousand people, this time with Maja Keuc in 2011 and yet again with Eva Boto in 2012. She is to this day the singer/performer with most Eurovision performances.

Katja has always cultivated an equally intense parallel career as a songwriter and improviser. Her first original songs date back to her early teenage years, when they achieved national exposure with performances at the most popular pop festivals in Slovenia: Melodije morja in sonca and Korajža velja. This creative energy has come together in 2012, when she released her very own solo album with 11 original tracks. According to her, this was “a proud moment and a great learning experience”. Album is mostly a co-writing with amazing musician and a friend Marko Črnčec and with some other musical friends of her. She also took part in the postproduction process, which truly makes this album, called “Veš, kaj mislim?” (Trans.: Know, What I Mean?), a unique project combining elements of jazz and pop. Since then, a Slovenian label Celinka took this album under its wing and the songs have since been continuously featured around the country, appearing on radio and television and through reviews in the
printed press.

Appearing regularly on public television in Slovenia and so garnering national exposure Katja has since directed her focus towards studies as well. Katja was a student at The Department of Jazz & Pop Singing and Music Pedagogy at the Music Conservatory in Klagenfurt, Austria. After 5 years of studying, working as a session musician and background singer and being part of The Acoustic Trio, she got ''kicked out'' of the school so she decided to followed her intuition and moved to Los Angeles and continue her journey as an artist.

She continue to collaborate with musicians such as Igor Bezget and Mak Grgić, both great guitar players, which allowed her to dig deeper into world and classical music. Katja is now part of tree different bands: Tang Gang (since 2014) Korduroy (since 2015) and Strange Jazz Universe (since 2017) and she continue to perform, teach and create music.