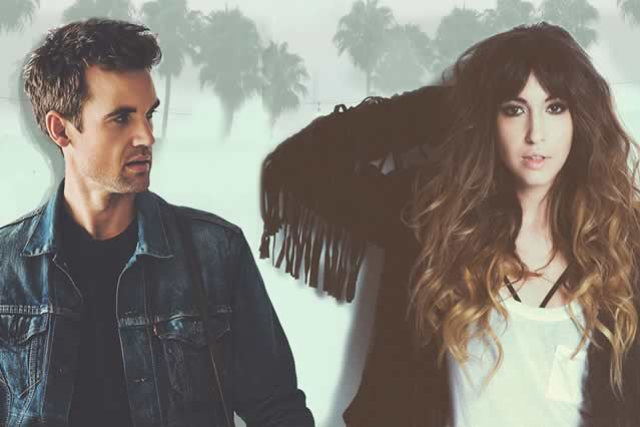 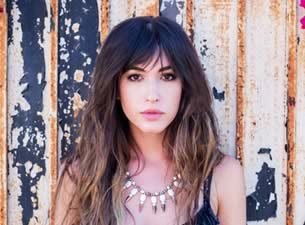 Hailing from a little suburb of Cleveland, Ohio, Kate Voegele first picked up a guitar at age 15. Influenced by the rock and roll history of the city and her father’s songwriting, she began to pen her own songs from the minute she learned to play her first three chords. Voegele embraced this newfound passion, recording her first EP during her freshman year of high school, and soon after landed gigs alongside artists like Counting Crows and John Mayer. Those shows quickly led to attention from labels in New York and LA, and Kate spent the majority of her high school years diving headfirst into a career in music.
After high school, Voegele decided to attend Ohio’s Miami University, where she quickly found new inspiration, and simultaneously found herself uploading song after song to her MySpace page. Kate managed to get the attention of the social network's founder, Tom Anderson, and just a few weeks later, she became MySpace Records’ first signed artist. In spring of 2007 Voegele finished recording her first full-length record with Marshall Altman in LA and
decided to swap her text books in for a tour bus and a year full of shows throughout the US.
Over the next couple of years Voegele toured the country playing hundreds of shows. While traveling through LA, Kate auditioned on a whim and would eventually land the role of Mia Catalano on the CW show, “One Tree Hill.” What was supposed to be a two-episode run became a four-season recurrence, and Kate found herself performing eleven of her original songs to millions of viewers over the course of the show. Record sales jumped dramatically after Voegele’s first appearance on the show, and she was subsequently upstreamed to Interscope Records in January of 2008. At this
point Kate toured internationally with artists like Natasha Bedingfield and Jordin Sparks. She split her time between the road and the television set, and released a second full-length, “A Fine Mess,” in spring of 2009.
After her first two records sold over 500,000 units, Voegele signed with ATO Records in 2011, releasing "Gravity Happens.” She spent the next two years continuing to tour the US and Europe, writing new songs from airplane window seats and ultimately embarking on a new chapter in her life.
In fall of 2013, Voegele moved her home base from LA to Nashville, getting back to her songwriter roots. Being in Music City has given Kate the opportunity to work with writers like Nathan Chapman and Liz Rose, and open up opportunities to work with the country’s best creative talents. In November ’14 Voegele released the “Wild Card” EP, which debuted in the top 10 on the top pop albums chart on iTunes, and received an average of a 5-star review across all major online distribution outlets.
Kate released her fifth full-length record, “Live In London”, in the fall of 2015. “Live In London” was a released as a thank you to her fans, and included Kate’s cover of “Hallelujah”, as well as “When The Stars Go Blue”, sung as a duet with Tyler Hilton.
Kate’s latest album, “Canyonlands”, was released in the fall of 2016. 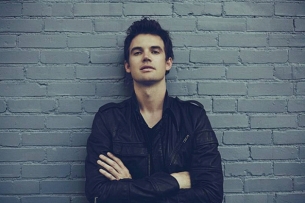 Tyler Hilton was singing and playing in coffee houses as a 15 year old, when a chance encounter with Los Angeles radio personalities Mark and Brian from KLOS led to multiple appearances on their radio show, live concert dates with the duo, and national exposure. He released his first album independently shortly thereafter, which led to major label interest and eventually signing to Maverick/ Warner Records where he released "The Tracks of Tyler Hilton" which garnered two singles on the Billboard Top 40 charts. While on tour promoting the album, Tyler was cast as his child hood hero Elvis Presley in "Walk the Line" where he worked with T-Bone Burnett on the soundtrack, and for which he received a gold record.
An opportunity to sing on TV's "One Tree Hill,” a notorious breeding ground for new musical talent, led to a series long run, several appearances on MTV's "TRL" with the cast, and a national tour with Gavin DeGraw and Michelle Branch who also sang on the show. Taylor Swift admitted to being a fan, and asked Tyler to star in her music video "Tear Drops on My Guitar" which became a huge crossover hit. The two appeared together live several times and later Tyler appeared via interactive video on her stadium tour. The independent comedy "Charlie Bartlett" followed with Robert Downey Jr. and
Anton Yelchin and where Tyler met his wife, Megan Park, who was also in the film.
Tyler moved to Nashville where he began exploring his family's country roots and made several records with notable producers including Dan Huff, Nathan Chapman, Matt Serletic, and John Alagia. Sadly, non of these records saw the
light of day, as staff and roster upheaval plagued Warner Brother Records, and eventually led to Tyler's departure from the label. One of these unreleased songs made their way to Joe Cocker, who recorded it on his final album. Tyler then started his own label, Hooptie Tune Records, and released "Forget the Storm" the following year. It became the first record of Tyler's to gain international success and led to several European tours and a new fervent fan base. His follow up, the mellow folky country album “Indian Summer,” was recorded live in studio with a bluegrass band including his uncle, Tommy Hilton, on guitar. While recording, Tyler landed a role in Halle Berry's "Extant" on CBS and continued to film the show over the course of its two season run, touring and filming the holiday movie “Christmas on the Bayou” with Randy Travis, Ed Asner, and “One Tree Hill” alum, Hilarie Burton, for which he also recorded the single “One Foot in the Bayou”.
Following the end of “Extant,” Tyler worked on a pilot for the ABC sitcom, "The Fluffy Shop" alongside Gabriel Iglesias. Tyler is currently based in Los Angeles, where he’s working on a new album.